Proper use of 1 rep max calculation

I hear a lot of folks talking about how much they bench and I don’t believe 90% of what I hear.

One rep max calculators are used to predict a one rep maximum lift. However, the degree of accuracy can vary largely depending on the weight training experience and muscular composition of the athlete and it tends to overestimate the one rep max for those with little experience. But oddly enough, those with the least experience seem to be the ones using it.

It seems that many folks using the 1 rep max (1RM) calculation aren’t using it correctly and it makes them look foolish when they finally try to climb under the bar.

Let me explain why I was first so skeptical of these calculations and what led me to investigate it further. When I was a younger fella, I used to workout with my good friend who was much smaller than I. During our actual workouts we were using similar weights, on squats especially. I would burn out quickly around the 10 rep range. But when we would max out, mine would be much higher. I later noticed that no matter how light the weight, he could always do more reps than I could. I reached failure in reps before I did in weight. When we calculated our 1RM his would be higher than what he could actually and mine was lower. Some years later, I revisited this and learned the science behind what I had observed in junior high.

There are several physical differences that can cause these calculations to be more or less accurate and one really made a lot of sense for me. Fast twitch and slow twitch fiber composition. If you have more fast twitch fiber, and you want to estimate your 1 RM from your 5 RM, you’ll find that your 5 RM will be somewhere near the 82-85 percent range. Conversely, if you are more red fiber, your 5 RM will be closer to the 86-89 percent range. Also, if your anaerobic threshold is high, your 5 RM percentage will be higher.

I understand that for some, the risk of injury when performing a 1RM may be greater than performing multiple rep sets. It is these individuals who may find the calculations useful. These types of calculations may not always produce accurate results, but can be used as starting points.

I will walk through the 2 most commonly used and accurate calculations and what you can do to make it more accurate.

Where r is the number of reps and w is the weight used. Examples to follow.

Brzycki: this one is named after its creator, Matt Brzycki.

Both of these produce identical results for 10 repetitions. However, for fewer than 10 reps, formula 1 returns a slightly higher estimated maximum. For example, if a person can lift 100 pounds on a given exercise for 10 reps, the estimated one rep max would be 133 pounds for both. However, if the person were to complete only 6 reps, then formula 1 would estimate a one rep maximum of approximately 120 pounds, while formula 2 would return an estimate of approximately 116 pounds. Although, they are no longer predicting the same max, they are still relatively close. I would suggest getting a real 1RM and then comparing that to your 5 rep max and seeing which calculations produces the closest results and stick with that one for all future calculations.

This is similar to what Charles Poliquin, did in his book, The Poliquin Principles. He noted that his 5 RM percentage is 85.6 percent of the 1 RM – right in the middle of the numbers previously sated and the average trainee should have around a 50/50 ratio of fast twitch and slow twitch fibers.

He discussed these relationships between maximum number of repetitions and the 1 RM:

He continues all the way through 20 repetitions but I don’t think that’s needed here.

In summation, the best way to determine your 1RM is slide yourself under a bar and continue to increase the weight until you can’t lift it without help. However, if you must use a calculation try to get some time in the gym first for your muscles to adapt to working out in general. Also, don’t use any number higher than 5 reps if you want the most accurate calculation. If you want to further customize the calculation, you can do a little reading to determine if you may have more fast twitch or slow twitch fibers and tweak your equation slightly. 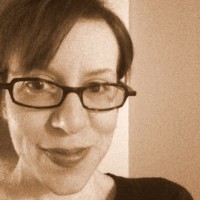 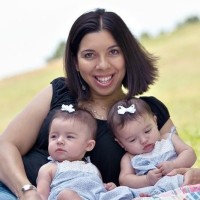 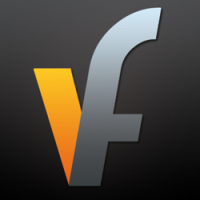 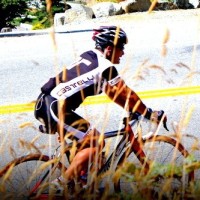 An International company that offers private antique art sales to clients around the globe.

keeping God first, husband second, kids third, then everything else

The journey to happy

Start With Your Pen

here for your words

We Sell Fashion Accessories N Nail Art Decor But There Is Always An Extra CHEERS To Share...Who Says Beauty Is Only Skin Deep?

writes a short story every week

The Voice of Fitness Blog

When will we ever learn?: Common sense and nonsense about today's public schools in America.

A topnotch Blog about running.

just pick up and go

God's blessings in your life and ministry